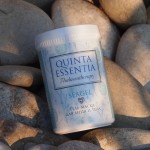 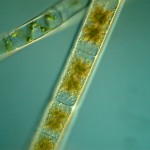 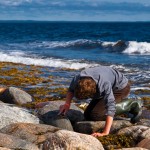 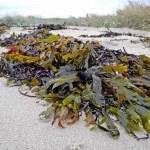 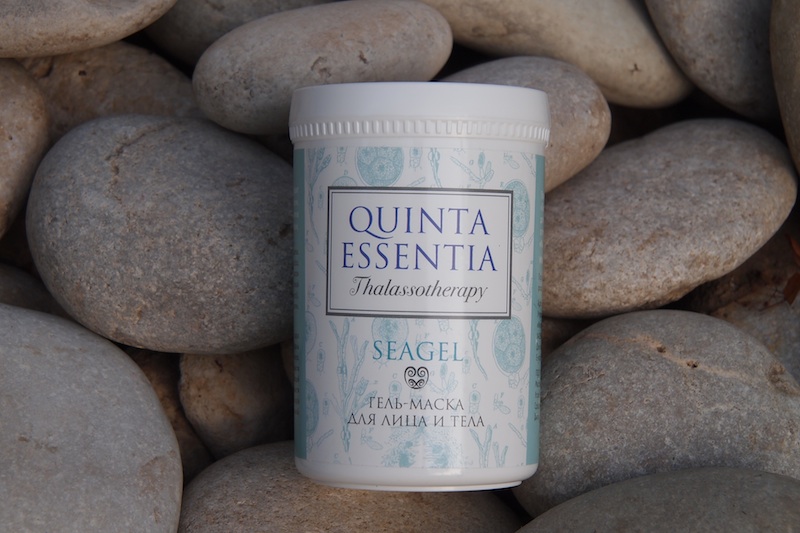 Thalassotherapy (from others. Gr. Thalassa – Sea and therapia – treatment) – one of the areas of alternative medicine, considering the healing properties of coastal climate, sea water, seaweed, sea mud and other marine products. The term “thalassotherapy” was introduced in 1867 by the French physician Joseph de la Bonnardière town of Arcachon on the Atlantic coast. Since the essence of the method thalassotherapy not changed, but improved methods of extraction and use of the biologically active components from marine organisms.
Over many years of human experience and research has been allocated a few dozen of the most valuable species of marine algae. Particularly noteworthy family fucus their class kelp, which feature a unique biochemical composition.

The healing properties of brown seaweed fucus family have long been known, but scientifically prove their effectiveness has become possible only in the XX century. The main medicinal properties of fucus associated with high content of polysaccharide fucoidan unique and powerful antioxidant fucoxanthin, which Japanese kelp constantly incorporating into your diet, bind the highest duration of his life on the planet. This prompted researchers from the biological center of the Russian Academy of Sciences to draw attention to the unique stocks seaweeds in the White Sea. Long polar day provides an active photosynthesis and allows for a short period of algae accumulate the maximum margin of substances which possess unique biological properties. So the content of fucoidan reaches record 13% of the dry weight of algae. Biochemical activity of seaweeds in the human body depends on the way it is processed. Russian scientists have managed to create technologies that will reveal the algal cells without the use of chemicals and high temperatures. Using this innovative approach, the company “Future Technologies” has produced several unique products with a high content of fucoidan and fucoxanthin.

Fucoxanthin – a powerful antioxidant from the group of carotenoids, which protects the body from UV exposure, stabilizes cell membranes and preventing lipid peroxidation. According to a recent study of Japanese scientists, led by prof. Kanazawa University of Kobe, fucoxanthin reduces the activity of a ryadya enzyme systems in the body: collagenase, elastase, hyaluronidase. These enzymes break down the connective tissue structure (collagen, elastin, and hyaluronic acid) and have a leading role in the aging process. Also marked inhibitory effect on the enzyme tyrosinase, which is responsible for melanin synthesis. Against this background, much work activated fibroblasts and extracellular matrix synthesis.
Of great interest is the overwhelming influence of fucoxanthin on bacterial lipase. This enzyme causes the breakdown of triglycerides of sebum and supports the inflammatory reaction in the skin with acne. At the level of the subcutaneous tissue and internal organs fucoxanthin activates lipolysis and inhibits the development of atherosclerosis. Penetrating into the body, it stimulates the production of a particular protein UCP1, which initiates the “burning” of visceral fat and promotes correction.

Fucoidan – a polysaccharide from brown algae, first discovered in 1913 by a professor at the University of Uppsala Killeen (Sweden). Due to the high content of fucoidan (about 4% of the total weight of the dried seaweed) brown algae such as Fucus (Fucus vesiculosus) and a few others have the ability to prevent the development of cancer, as well as provide immunomodulatory effects.
According to the Biomedical Research Laboratory Takara Shuzo and research institutes glikotehnology, fucoidan contained in brown algae, causing self-destruction of rapidly dividing cancer cells and exerts a strong immunomodulatory effect, reducing allergic reactions. They also found that fucoidan increases the production of interleukin-12 and interferon. Interferon not only effectively attack viruses and cancer cells, but also activates macrophages and natural killer cells. In general, from the widest range of fucoidan biologicheskioh action are the following: anticoagulant, antithrombotic, anti-virus, anti-tumor, immunomodulatory, antioxidant, anti-inflammatory, hypoglycemic.

What is our uniqueness?

Homogenization fucus is influenced by cavitation and water hammer. When this treatment fails to destroy the strong cell walls and remove slozhnomolekulyarnye structures in pristine condition. Biologically active substances remain in its natural biochemical environment retain their original stereoconfiguration molecules and do not lose their therapeutic properties. The resulting mix of biopolymers, vitamins, trace elements and minerals, has high penetrating power and the broadest spectrum of biological activity. Depending on the purpose and method of application, we have enriched algal homogenate active plant extracts and mineral supplements. As a result, preparations of different actions for both outdoor and indoor applications that improve integrated thalassotherapy at times. Due to the fact that our products have a deep impact on the system vital processes of the body, they can rightfully be classified as cosmeceuticals and nutraceuticals.

Seagel – is a highly thalasso therapeutic agent, has a pronounced anti-aging, anti-cellulite and health-improving effect. The product contains a high concentration of fucoxanthin and fucoidan, and further enriched with extracts of horse chestnut, horsetail and green tea. This greatly expanded the range of cosmetic and therapeutic effect of the drug on the skin: drainage, kapillyaroprotektornoy, regenerating and anti-inflammatory. Seagel recommended for aesthetic and therapeutic treatments for face and body after a traumatic and surgical soft tissue injuries, after insolation, with lipodystrophy processes, acne and acne, reducing the drainage function of blood vessels and increased capillary fragility, as well as an active agent geroprotective.
For the system results in the whole organism, we recommend that you use a complex Seagel our nutraceutical products. Your food should be medicine and your medicine with food. Following the principles of Hippocrates homologous synergies, we offer a unique line of nutraceutical products for the restoration of the vital functions of the body and rejuvenate from the inside.
We have created three differential drug effects on the cardiovascular system, lipid and carbohydrate metabolism and the gastrointestinal tract. These drugs besides homogenized fucus contain a complex of various biologically active additives that extend the range of their actions:
– Cranberry juice, restoring intestinal flora and contributes to the overall process of detoxification;
– Jerusalem artichoke syrup to reduce blood lipid levels and prevention of atherosclerosis;
– Alginic acid to protect the gastric mucosa from aggressive factors of the internal environment:
– Selenium in organic form to improve the function of the cardiovascular system and maintain the activity of antioxidant systems;
– Organic chromium in the form of normalization of glucose metabolism and cholesterol metabolic syndrome and obesity.
All nutraceutical products have passed safety tests in the Institute of Nutrition and clinical trials in the offices of CDB Sciences.
Top